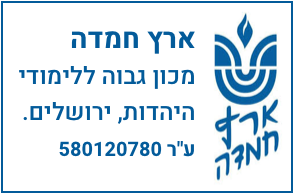 The Defendants were making aliya in the summer of 2009 and in order to make it more financially feasible to use a large container for shipping, which they could not fill with their own items, decided to offer space to acquaintances for pay. The Plaintiffs (also olim) were among those who took them up on the offer and ended up paying $1,500 (out of a total of approximately $10,000 for the defendants’ total shipping costs) for the shipping (door-to-door, to the Defendants’ home) of their items. They were told that in the professional packing process, their items (especially breakables) would take up much more room than one might expect. Following the plan, the Plaintiffs brought over many household items in marked boxes and placed them in a corner of the basement of the Defendants’ house, which became a mini-warehouse of theirs and others’ items. The Plaintiffs took up the Defendants offer to insure part of their goods, which they underpriced because they heard that insurance companies do not always end up paying. The

Plaintiffs had no contact with any of the companies involved in the shipping; everything was in the Defendants’ name. (According to the Defendants’ version of the story, this is because the Plaintiffs wanted to hide their participation in tax-free shipment from the Israeli government). The movers did not pack all of the breakables with bubble wrap and did not separate the different families’ items in the way they were supposed to. The final result was that several of the Plaintiffs’ items were broken, several have not been recovered, and they had to return to the Defendants’ Israel home several times to look for things. Despite sending claim sheets three times to insurance (for some of the items), the insurance has evaded dealing with the matter, and the Defendants gave up at some point trying to make the claims.

The Plaintiffs want the Defendants to pay for the lost items ($316 according to an itemized list) and broken items ($450.63 according to an itemized list). They also want to receive a partial refund of the shipping fee (by an undetermined amount left to the judgment of the Beit Din) with the claim that they received poor service and that the items were not packed in the bulky way described in advance, which had justified the large fee.

The Defendants responded that they charged only according to what they understood from the Plaintiffs and the shippers, that they did and the shippers did a reasonable job, and that, in any case, they fulfilled their obligations by giving the items over to a reputable company and arranging accepting of the items in the US and their return in Israel. They also were not convinced that the lost items had ever been brought over to them.

The Defendants are shomrei sachar (paid watchmen) for the shipment, even if they only charged per space, as the defrayal of the costs for the larger container is unquestionably a matter of value. It should be noted that a shomer sachar does not need formal payment (Bava Metzia 80b).

The case at hand is not one of standard shemira (giving of responsibility of items) but of shomer shemasar l’shomer (one watchman giving over to another). If a shomer hands over responsibility for items he is watching, according to the expectations of the items’ owner, to another shomer, shomer #1 is exempt from responsibility (Shulchan Aruch, Choshen Mishpat 291:21). If shomer #2 did an insufficient job of watching, shomer #2 has to pay (ibid. 24). There is a machloket whether, when shomer #2 has no money to pay, shomer #1 must take responsibility and pay (two opinions in Rama, ad loc.). Since, according to the arrangement, the Plaintiffs cannot approach the shippers or insurance, one could say that this case is parallel. However, the halacha is that if the owners knew who would be serving as shomer #2, then shomer #1 is not obligated even if shomer #2 fails to pay (Shach, Choshen Mishpat 291:32; see Pitchei Choshen, Shomrim 4:(44)). Our case falls into that category. The Plaintiffs knew there would be a moving company involved and either knew or could have known had they so chosen who that was.

In fact, the Plaintiffs interest in taking the insurance and their thought process regarding appraisal (they said that they had heard that one does not always succeed in receiving pay from the insurance company, and thus declared a low amount for the value of the items shipped) shows that they understood that the insurance company would be the address for such problems. In cases like this, even the shipping company is not responsible under normal circumstances to pay for losses, which are quite common. Had the Plaintiffs thought that the Defendants should assume responsibility, they should have discussed the matter with them. The Defendants and the Plaintiffs both seemed to have realized that it was the Defendants obligation to do his necessary part to file the claim, but he seems to have done that in a at least somewhat serious manner. Thus, at first glance it seems that the Defendants are exempt.

However, the Plaintiffs make claims, with at least some basis, that the Defendants did not do an effective job in their part of the shemira enterprise, which includes giving the packers clear and firm instructions about packing different people’s items separately and to supervise the job they were doing. The gemara (Bava Metzia 42b) teaches us that even when giving the responsibility over to others, how it is given over can obligate shomer #1, including by not giving him enough information to handle the items properly. Even if their performance can be seen as not negligent (pshiya), given the fast pace of several workers packing up a whole house, it is far from clear that they took all of the precautions that a shomer sachar is obligated in (see high expectations of a shomer sachar in Bava Metzia 93b). The same can be said about their performance after the lift arrived and in ensuring that the insurance company was processing the claim.

When a shomer claims that he did his job sufficiently well and the owner is not sure if this is true, the owner can make him swear that he is not responsible for the loss, which for a shomer sachar, is not so easy to fulfill (Shulchan Aruch, Choshen Mishpat 305:1). Since the minhag of batei din for a long time has been not to administer oaths, one who is obligated in an oath has to redeem it with a partial payment. The exact scope of the payment depends on the severity of the oath, but discretion dayanim are left discretion.

In this case, our standard will be to charge the Defendants one third of the claim in lieu of the oath, which is at the upper end of the scale, especially because there is a good level of trust in between the two sides, such that we have little reason to think that the Defendants are lying. We factored in to the ruling the likelihood that even were the Defendants to swear about what they did, we would still likely be left with a doubt as to whether the level of care that they used meets the standard of a shomer sachar. Although when we know what factually happened in terms of shemira and are unsure if it was halachically sufficient, a Defendant is not require to pay out of doubt (K’tzot Hachoshen 340:4), when we are ruling with the option of compromise and there are other factors pointing toward payment, the doubt is reason enough to raise the compromise incrementally.

However, we will implement that rate of payment of one third only in regard to the broken objects and not in regard to the lost objects, for the following reason. The Defendants raised the question whether the objects that were missing were actually brought to their home to be shipped, as there was some confusion about what was able to be included and what was not. Among the Plaintiffs, the husband had asked the wife whether she is sure that those items were sent, which heightened the doubt for the Defendants as well. Although the wife, who was in charge of packing, convinced her husband that the items were sent, the Defendants are still not convinced they were sent, given that they have no good explanation for what happened to them. When a plaintiff makes a definite claim and a defendant makes a denial out of doubt, the halacha is that the defendant does not have to pay (Shulchan Aruch, CM 75:9; see also ibid. 6; there is much more to say on the matter, but we have decided to streamline the halachic discussion). Thus, one can claim that the Defendants should not be obligated at all in the lost items. However since in that case, the defendant has to swear (a rabbinic oath) that he really does not know and since there is a moral obligation to pay (ibid. 9), which is very logical in a case like this where the Plaintiffs’ claim is believable, it makes sense to apply the rule of charging in lieu of an oath. However, here there are two reasons to exempt the Defendants: a) they could swear that they do not know they received the objects; b) they could swear that they watched them properly. Therefore, we will suffice with a 10% obligation.

Regarding evaluation of the items that were lost or destroyed, it is a very complicated question whether to evaluate them according to their value as used items or according to their replacement value. See Minchat Shlomo, vol. II, siman 135 (we also have in our files an unpublished ruling that deals with the topic at length), who takes a pragmatic approach. In this case, regarding the broken pieces, the items are of the type that do not devalue much anyway and therefore we will accept the Plaintiffs’ price of $450. The same is true of the $120 lost glasses. Regarding the lost games, we will estimate their value at $150, bringing the total for lost items to $270.

The Plaintiffs asked that Beit Din subtract from the $1500 they paid for the shipping due to the lack of quality of the service they received. Had we decided to exempt the Defendants from payment for loss and damage, we would have been more inclined to accept this claim. However, since the main grievance was not in regard to the inconvenience but in regard to the final result, we will suffice with the fact that the Plaintiffs did receive partial relief for their losses. Regarding the claim that the charge was based on the assumption of more bulky packing, we have no indication that the Defendants purposely misled the Plaintiffs and we do not have reason to declare a mekach ta’ut (disqualification of an agreement based on misrepresentation). Since the Defendants agreed to the price, where the whole price was set based on a realization that it was a rough estimate by both parties, the fact that it ended up taking less room than expected (the extent to which this is so was also disputed) does not justify changing the price .

[Note- Although we did not look into the following matter carefully, it appears that both sides withheld pertinent information from relevant authorities/parties, especially regarding the identity of the owners of the items, which likely impacted on tax/customs fees and the potential of loss to the insurance company. We were asked to adjudicate the case between the parties and not serve as watchdogs for various authorities. We also do not think that the parties’ intentions were malicious nor their actions unusual. However, we cannot but suggest to the parties to consider whether all elements of their decisions were proper and even consider the possibility of rectifying certain matters, should that be realistic.]

The Beit din fee has been paid equally by the sides and, that is deemed appropriate.